The Configuration Api provides an endpoint for collecting feature toggles defined in the Github repo: configuration-api-files.

We primarily use Feature Toggles as a release mechanism to support continuous delivery as well as timed releases.

To add a new feature toggle, create a PR in the configuration-api-files in the main file that relates to your project/team, in each environment directory.

NB: As a general rule of thumb, it's good to enable to feature toggle for development initially, while having it off for the others until you need to toggle.

In the @mtfh/common/lib/configuration you will need to define the scope, as well as the feature toggles the frontend needs to support.

This step allows us to enforce feature toggle names in our UI.

In React, we provide a hook to access feature toggles within React components:

Our micro-frontends are setup for continuous delivery through trunk based git flow, and as a result all unreleased features that introduce change should be feature toggled. This is so developers can continuously work on features and still allow hot fixes.

A helpful strategy to reduce complexity and avoid deeply nested feature toggles, we recommend duplicating the top level views and marking the current version as legacy. 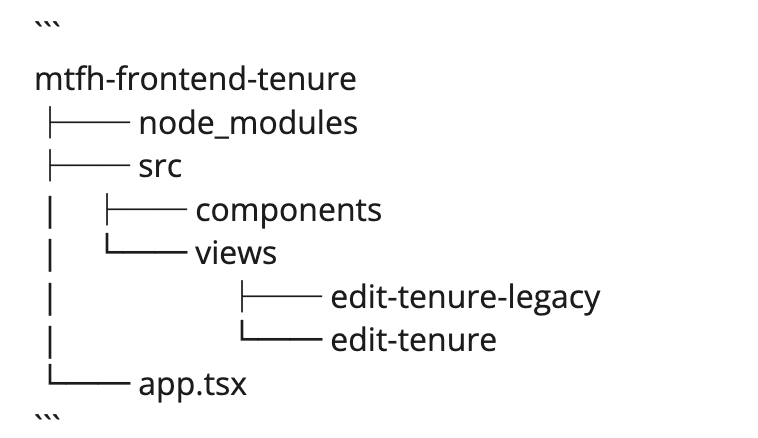